Trey Hollingsworth, candidate for Congress, has pledged not to serve more than four terms in the House, if elected.  He has also committed to work toward implementing term limits for all Members of Congress.

Over the last month, Hollingsworth has personally delivered his signed term limits pledge to over 1,000 homes and thousands of voters in Indiana’s 9th district.

"The time for term limits is now," said Hollingsworth.  “As career politicians focus on the next election, they lose focus on the next generation.  I am committed to a return to true public service and, to lead by example, I will serve no more than four terms as I work to enact term limits for all members of Congress.” 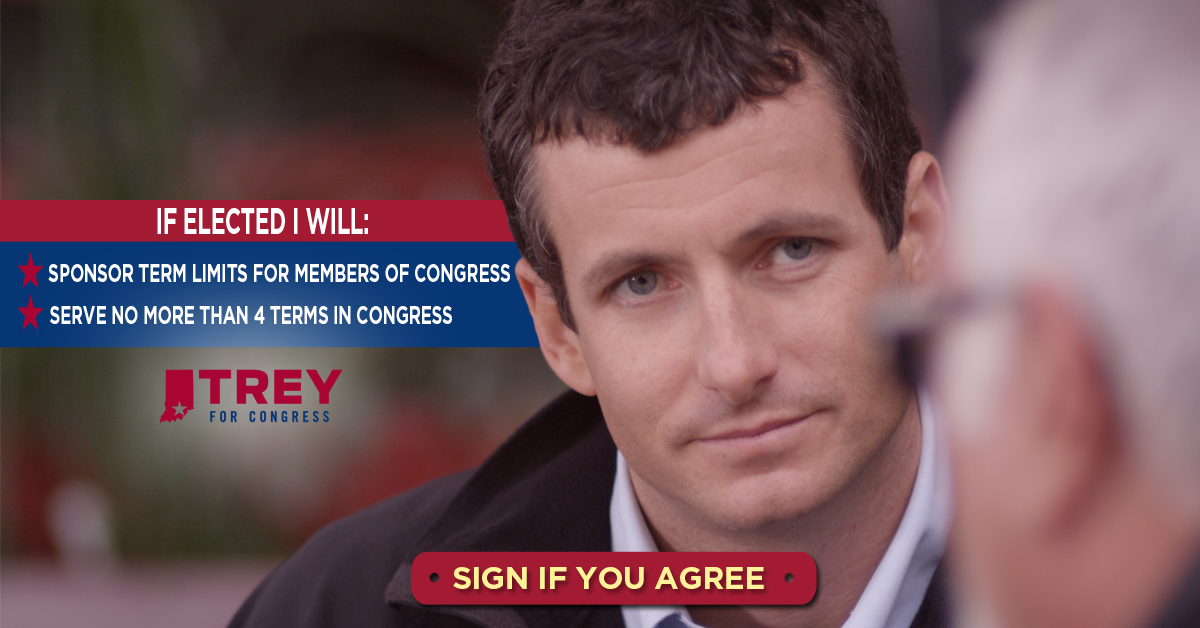 The only way to return true public service in Congress is to kick out career politicians.

Sign up below if you agree that the time for term limits is NOW!